The following minutes were taken by Randy Rowe who attended the August 19, 2022 ODNR/Division of Wildlife Trout and Steelhead Summit held at the District 3 DOW Headquarters, Portage Lakes, Akron.  Listed are the speakers and their comments 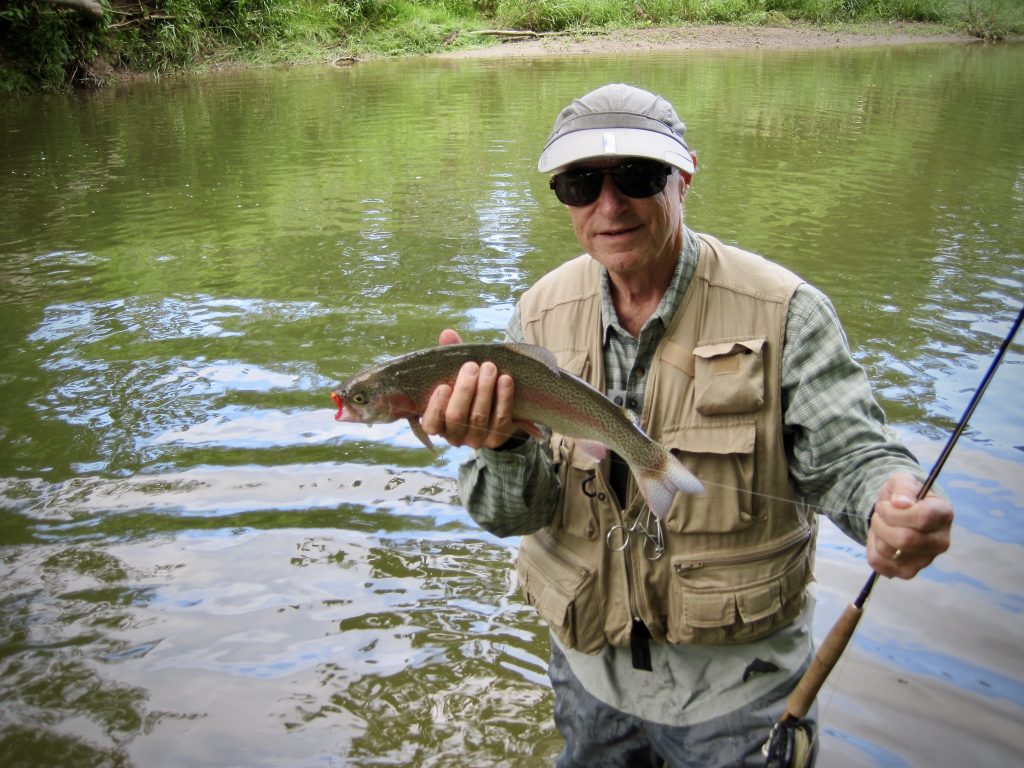 Katie Johnstone told the group about the many activities of the women’s fly fishing group she co-founded called “Ohio Women on the Fly”. It has been a very successful group to bring women together in an activity like fly fishing where they can interact and bond. She mentioned a mixer-type activity called “Secret Santa”, where they exchange names and then give each other 10 flies. Maybe we should try that with CFRTU.

Curt Wagner, District 3 Fish Supervisor, is also the new “expert” for the steelhead program, replacing Phil Hillman in that role. He told the group that he does not feel like an expert yet and still has a lot to learn. He talked of the Ohio steelhead stocking history and had a graph showing the total numbers of fish stocked each year and the egg source for these fish. Because of the Covid epidemic and associated problems, they were not able to get as many eggs as they wanted from Michigan and Wisconsin in recent years. Thus they had to supplement with eggs from the “domesticated” Shasta strain, obtained from a national fish hatchery in West Virginia. Neither they, nor audience members, were pleased that they had to do that, but they think they will be more able to get “wild” strains from Michigan and Wisconsin going forward. They have offered to send two of their employees to Michigan to help with the egg collection process, if the Michigan people are short-staffed.

Curt said they are giving serious consideration to begin stocking steelhead in the Cuyahoga River now that the Brecksville dam has been removed. They presently produce 450,000 stockable steelhead smolts annually, and that is the max they can produce. Thus, in order to stock the Cuyahoga, they would have to reduce stocking numbers in the six other rivers presently stocked. They are discussing that. They have looked at the river miles open to fish and the river miles open to public fishing in each of the currently stocked rivers and are taking all that into consideration. I brought up, and we discussed, the issue that the streams closer to PA and NY probably get a lot of “lost” fish from those stocking programs and that might be an issue to consider. Curt said that PA is building a physical barrier to prevent lamprey entering the Conneaut at the border with Ohio. That will prevent fish moving up there too, so PA may stop stocking the Conneaut in PA, which could affect the Ohio Conneaut fishery.

Joe Conway, the District 3 Inland Fishery Research Unit Supervisor, spoke about the “put-grow-take” brown trout fishery. Their primary goal is to maintain the brown trout fishery in the upper Clear Fork and Mad Rivers. These fish are produced at the London fish hatchery. They are maxed out there at producing 19,500 stockers per year. They try to stock 500 brown trout per river mile, which means they can stock about 40 river miles. He discussed research about how far brown trout move from where they are stocked. They found that most stay within 5 miles of their stocking location. They have also done research on water temperature and have found that >75% of the brown trout in the river will die if water temperatures exceeds 75F for more than 7 days. Joe will speak to our CFRTU group on the brown trout program May 8, 2023.

Rich Zweifel, District 3 Inland Fishery Program Manager spoke about the “put and take” rainbow trout fishery. Their goal is to create a “fish in a barrel” fishery that will maximize fishing success for a large number of people in a short time period. They stock larger rainbow trout in relatively small areas to maximize angler success. They want all the fish caught in the first two weeks because they will not survive warmer water as spring temperatures increase in ponds, lakes and reservoirs. They produce 100,000 catchable size rainbow trout per year. 95% of these are stocked in ponds lakes and reservoirs and 5% are stocked in streams (lower Clear Fork River and Clear Creek). It costs them about $4.25 per fish to produce these fish. It is the most expensive hatchery program that they maintain. He presented data that showed the percent of fish caught in each stocked area. Catch rates varied from 5% to nearly 100%. The low catch rates occur when they stock larger reservoirs where the fish can easily avoid fishermen. They are re-assessing where they are stocking and plan to make changes this coming year, placing more emphasis on smaller bodies of water (fish in a barrel), and in more urban locations where they will get higher participation. This will give them “more bang for the buck”, as they see it. He did not discuss the stream stocking, so I asked about the lower Clear Fork rainbow trout stocking program. He said that the clientele fishing streams are completely different than those who fish the stocked ponds. I suggested that they actually get “more bang for the buck” of stocked fish in the streams because they can be caught and released multiple times. They understand that and will continue to devote a small portion of the fish to streams, but they need to make a maximum impact on the other, much larger group of people, hoping to get them to buy fishing licenses and get into fishing. I suggested that, as they reconsider where they will stock all their rainbows, they consider making both a fall and spring stocking in the streams, and then couple that with “delayed harvest” regulations, allowing people to keep fish only after the spring stocking. There were several in the group who supported that idea, but the DOW people made no comment.

Chris French, DOW Fish Hatchery Program Supervisor, and Andy Jarrett, Castalia Hatchery Superintendent, talked about details of the hatchery program, including which species and how fish were produced in each hatchery. There were several audience questions, but people were mostly satisfied with what was being done. There was more discussion about the sources of steelhead eggs in the future, including whether Ohio might consider producing their own eggs. DOW personnel told the group that was not feasible and their money is better spent working with or even assisting the other states in their egg collection efforts. They assured the group that they will be moving away from the “domesticated” steelhead strains and back to the wild strains, primarily from Michigan (Little Manistee River strain) and Wisconsin (Ganaraska River or Chambers Creek strain). This past year the steelhead smolt they stocked originated as follows: 168K from Michigan eggs, 152K from Wisconsin eggs, and 132K from Shasta domesticated strain eggs.

Paul Pira, from Geauga County Parks, discussed recovery of the streams in that area that hold native brook trout. He is very involved in re-developing these small streams. There has been considerable degradation of these streams in recent years due to development issues, but they are making progress in protecting and re-wilding these steams. He is hopeful that the native brook trout will survive and even increase when their habitat is protected and improved.

John Deller, DOW Lake Trout Restoration Program Manager, told the group about efforts to restore lake trout to Lake Erie. At one time, lake trout were a significant part of the Lake Erie fishery, but they were nearly extirpated by 1965 due to predation by sea lamprey that entered the Great Lakes via the opening of the St. Lawrence Seaway. A lot of research is being done with fish tagging to follow where lake trout go and breed and to evaluate breeding success. Re-stocking the lake is underway and they are seeing some success. This is coupled closely with lamprey control. They hope eventually to be able to reestablish a sport fishery for lake trout.

John Navarro, DOW Aquatic Stewardship Program, told us of the many successful stream restoration programs that have been completed or are ongoing in Ohio. These are funded primarily by the H2Ohio program funded by the Ohio legislature. The program is focused primarily on acquisition, restoration and protection of wetlands and streams. Originally, these programs were mostly in western Ohio, but now are moving into central Ohio.  John will speak to our CFRTU group March 13, as this relates directly to what is being proposed locally for Apple Creek.